The blog has been moved to Medium

Proud to announce that BuildWise won the 2nd prize at prestigious Ruby Award. 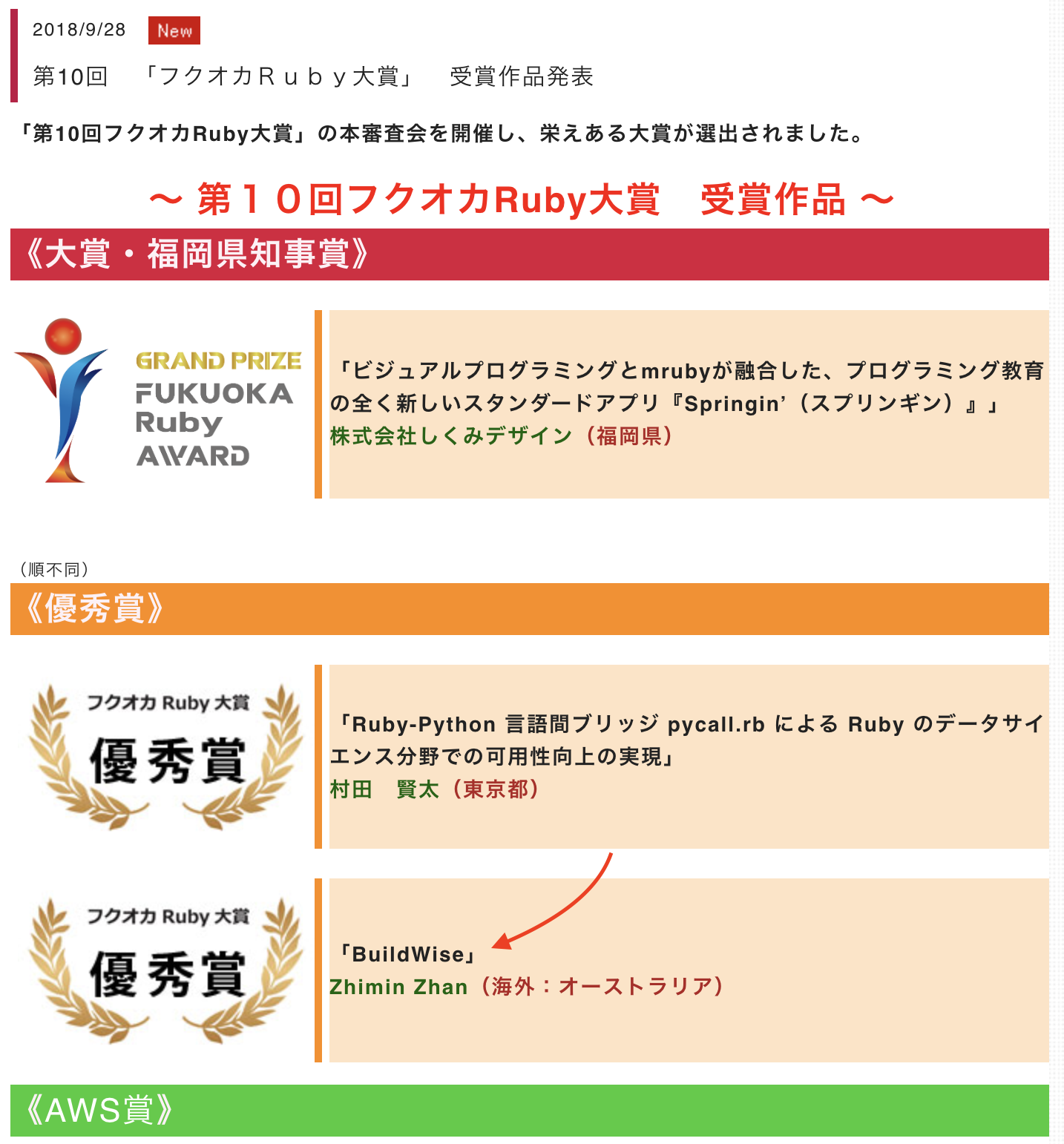 Chrome 59 is released this week. One key new feature that will interest test engineers is: headless mode. 'Headless' in this context means a Chrome browser without graphic user interface. Frankly, as I wrote in my books, I am not a big fan of using headless browser simulation, such as HtmlUnit and PhantomJS, in test automation. So far, I seem to be right, HtmlUnit is rarely seen nowadays and PhantomJS maintainer stepped down (as a result, the project future is in doubt). However, Chrome might bring headless testing back to real use, simply because it is the most popular web browser and the reputation of the team behind.

Before I show the selenium webdriver test scripts driving headless Chrome, please not that 'Headless mode' only works on Mac and Linux at the moment. Don't worry, Window Support is coming.

I will use Selenium WebDriver in Ruby, to change to use 'headless mode' is easy: adding a '--headless' switch as below.

For some Chrome builds, '--disable-gpu' might also be needed.

For above simple test, besides not being able to resize browser window (which is fair given there is no browser window in headless), it works fine and slightly faster (6.7 vs 5.4 seconds).

The next question is, how stable and faster will be in real life test automation projects (i.e, most complex UI)? So I decided to test with my own project ClinicWise, which has 575 UI tests. First, I give a run against a typical test (booking appointment), the test running in headless mode failed quickly: returning "Selenium::WebDriver::Error::ElementNotVisibleError".

when trying to clicking a menu.

As a result, my experiment ended quickly. However, it could be due to the version of chromedriver. The current version 2.29 officially supports Chrome v56-58.

In summary, I am happy to see the headless support in Chrome. I already used it to automate some tasks. For example, I have a set of automation script to generate Ebooks on Leanpub, now with Chrome headless, the scripts are running in 'stealth' mode, less distraction.

Will I use it for test automation? My answer is NO for the reasons below:

2. Not reliable, however, I believe it will go better in future versions.

The test script can be found in my book: Selenium WebDriver Recipes in Ruby.

If you have followed AgileWay's toolset, my blog or books, you probably know about ClinicWise, a web-based clinic management software. The development and maintenance of ClinicWise heavily relies on the Test Automation and Continuoous Integration process using TestWise and BuildWise. Furthermore, we have a public Sandbox ClinicWise site, which serves two purposes:
On the other hand, I understand testers/developers may want to learn/adopt test automation with TestWise and BuildWise, but are not in a position to purchase. While TestWise and BuildWise Agent have free functional versions, it is recommended to go for the professional edition to take the talked-a-lot-but-rarely-implemented test automation challenge.
Here is a proposal we came up with for the new year: If you like ClinicWise and recommend it to the clinics you know (physio, dental , ..., etc) and they sign up officially, AgileWay will issue one complimentary BuildWise Agent or TestWise license. The more referrals, the more licenses. The details are still in the works, but it is active from today. So you might help your friend to use an efficient, easy-to-use, reliable and affordable web-based practice management system, and do yourself a favour to get TestWise and BuildWise.

Selenium WebDriver 3 was released three days ago! Since there is 5 years between versions 2 and 3, a lot changes are expected in this major release. For teams with existing test suite, here comes the question:

Before the testing, I upgraded Chrome to the latest version 2.54 and BuildWise Agent1.7 with latest Selenium-WebDriver 3.0 gem (the latest chromedriver 2.24 is embedded in BuildWise Agent).

I triggered a build to run all tests (not changed) in BuildWise, which distributed these 520 tests to 6 BuildWise Agents to run them in parallel. Here is the result:

All tests pass. In terms of performance, I couldn't compare precisely because test scripts were assigned to different build machines. Overall, it seemed slightly faster.

For my another test suite for SiteWise (the content management system I developed), I did find an issue: a test failure on file uploading in a modal dialog within SummerNote editor.

My suggestion: before upgrading to Selenium WebDriver, make sure test execution of your test suite is reliable (it is easier to say than getting it done, I know) and lock down the version of Browser and WebDriver (such as chromedriver). Then upgrade.

Selenium with Firefox 48+ (GeckoDriver) is still problematic. If you got the error "Could not find Firefox binary (os=windows).", set the Firfox binary path specificly

There is no built-in support for Selenium WebDriver from Firefox 47+,  you need GeckoDriver. Installation of GeckoDriver is the same as ChromeDriver.  We received several enquires on TestWise no longer works with Firefox 47+.   The solution is to download the working version of GeckoDriver and put it in the PATH.

GeckoDriver is still in beta, and we had issues with one version works on Firefox 47 but not 48. To avoid the hassles for TestWiser Community Edition users, We switched the default (and only) browser to Chrome. This makes sense too, as Chrome is the most used browser and the convenience of built-in support for Firefox no longer exists.

The mobile device lab at the Prineville data center

TestWise, the next-generation functional testing tool, now starts from US $20 per month (and $15/month for renewals). Get your own TestWise today!

You may choose your own eBook at the support site: https://agileway.net

David Thomas, one of Agile Manifesto author, publishd this article Time to kill Agile. He suggested: "So I think it is time to retire the word 'Agile.'". In this recent interview, David Thomas, says This is all to do with the fact that "agile" has become meaningless."

This surely upsets many agile coaches, who makes money with the word 'Agile'. There are surely a few of them are really good and know what they are talking about, but most are not. Let's put it in test, try to answer questions below:

The objective of Agile, if my still use this word, is to release software frequently to product with high quality. I think the reason that Agile word lost the meaning due to it does not quantify the "frequently" and "high quality".

Sound impossible? Facebook release twices a day, is Facebook doing Agile? Comparing to Facebook, how are you doing Agile? Have a look at the Facebook's test lab: 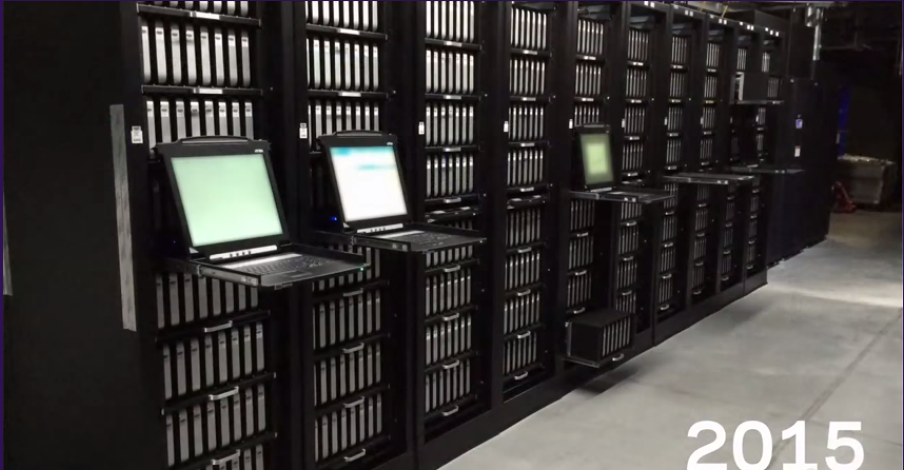