The best way to start is learning from examples.

If you are using TestWise first time, a sample project will be opened automatically. If not, you can open one of included sample ones. Click men File → Open Project, and select the one matching your framework of choice. 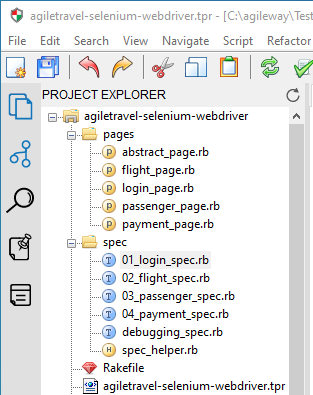 Clicking a file in the project tree (on the left) will open the file in an editor. 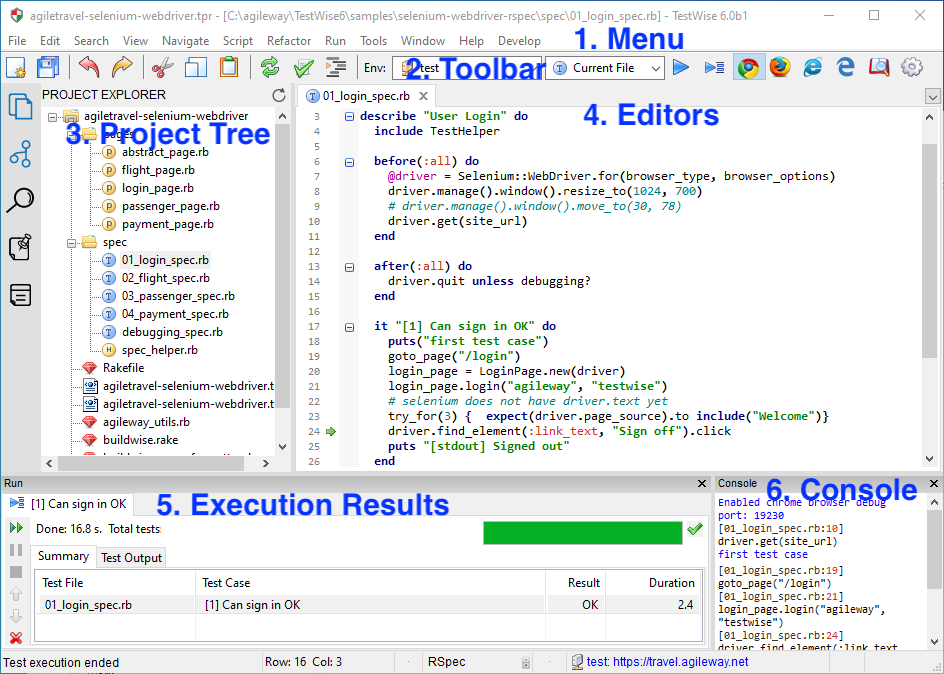 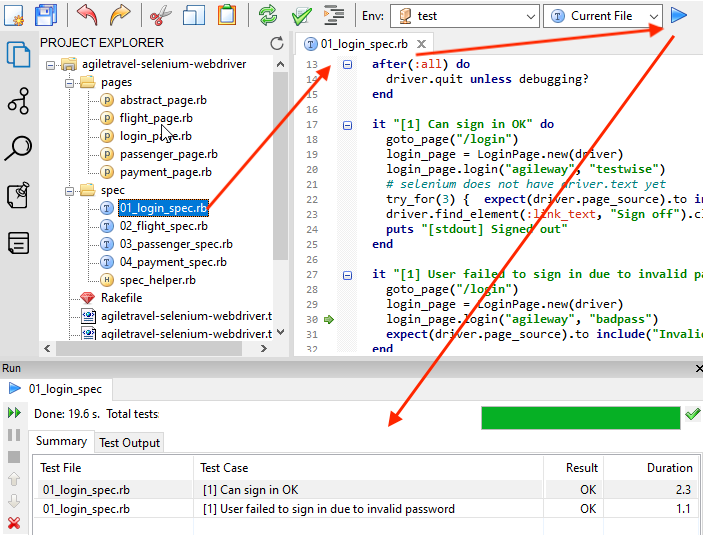 If it does not run, most likely the execution path is not configured properly.

See the set up for details.