TestWise is available for Windows and macOS platforms.

TestWise for Windows comes in the following three editions:

Functionally, they are exactly the same. Choose one that is most convenient to you.

Except for Ruby edition, TestWise does not include execution runtime for test scripts, for which you can easily configure. See the section below. 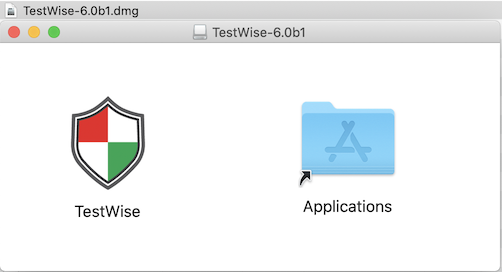 Double click “TestWise.exe” to start TestWise ( or ‘TestWise.app’ icon on macOS). If you start TestWise the first time or unregistered, a dialog will be shown. You just need to wait (or look at the test automation tips) for 10 seconds, and click ‘Continue’ button to start to use TestWise. 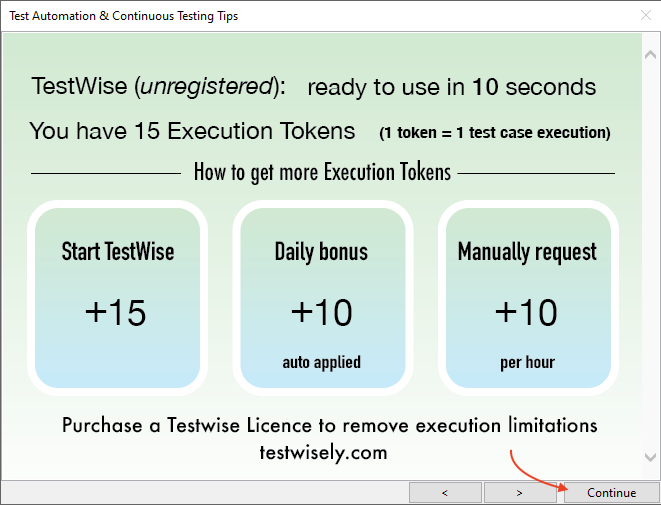 Please note, unlike YouTube, this is not advertisement. Many will find these tips (mostly excerpt from the classic Agile books) useful. Unregistered TestWise has full features (the same as registered one), except: 10-second wait on start and execution token limits, the convenience that the registered TestWise customers are willing to pay (US$25/month).

When you run out of execution tokens, just restart TestWise (which will get you 15 execution tokens instantly and may request 10 every hour from agileway.net site). You may keep using TestWise free-of-charge this way.

By default, TestWise does not include the execution languages and their testing libraries. Instead it provides users the freedom to configure it (only need to be done once). Basically, you install the language runtime and tell TestWise where it is. For example, if your choice of test framework is Mocha, you just add the PATH of node and mocha to TestWise’s execution setting. Then TestWise will use them to execute Mocha tests.

For first-time installation, TestWise will try to pre-populate the existing PATH. Anyway, a good place to start to verify the setup in TestWise first. It is easy to do. 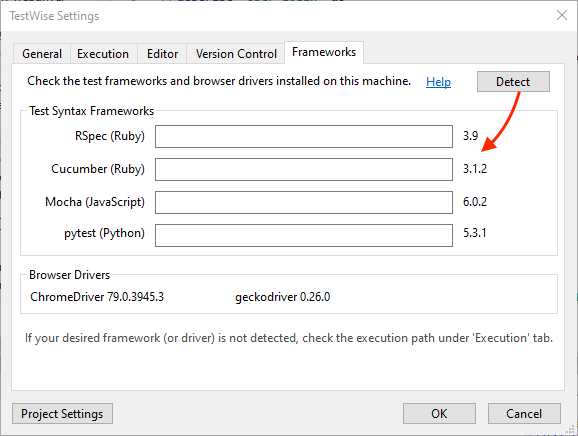 The version number, if existing in configured PATH, will be shown next to the framework.

If your desired frameworks are not detected, update the execution PATH as shown below. 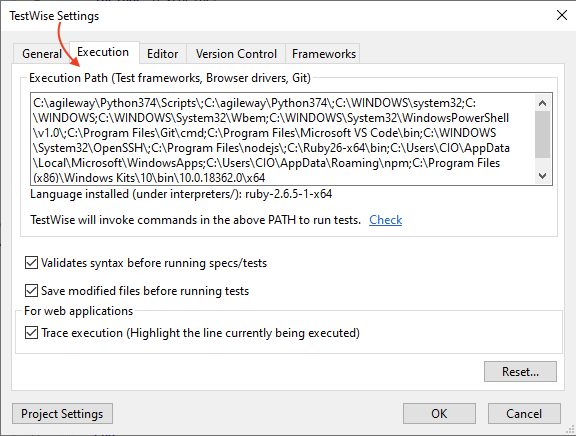 While you are there, make sure the browser driver PATH, such as chromedriver and geckodriver (for Firefox) is there too.

After installing the language runtime, you will need to install selenium and other testing libraries. Run the commands (shown below) from the command line window.


A good way to verify is: you can run your test from command line, such as:

If the above sounds a bit complex, you may just install the TestWise Ruby edition (Windows only) which packs Ruby under interpreters folder. This Ruby distribution also contains common testing libraries (called Gems), such as selenium-webdriver, rspec, faker, …, etc.

The bundled Ruby is a standard Ruby Windows distribution, you may install extra Gems later.

However, without Ruby DevKit, installation of gems requires native compliation will fail. So we would recomment an independent Ruby language runtime installation. Having said that, many customers are fine with TestWise Ruby edition.